The history of our Hostal started in 1907, when the first building was constructed. It was baptised as Villa Teresita, and it was conceived to accommodate the first archaeologists who, led by Puig i Cadafalch, worked at the ruins of the Greco-Roman site of Empúries. Since then, our Hostal has become a model as it was the first touristic-oriented establishment in the area, even before the use of the denomination Costa Brava.

Nowadays, archaeological works still go on at Empúries ruins, which are located barely 300 metre away from our Hostal. These ruins are a heritage of inestimable value, since they are remains of a time when both Greek and Roman cultures lived together. The history behind these ruins started in the 5th century BC, when Greeks moved Emporion (whose meaning in Latin is trading place) from Sant Martí d’Empúries to the current location where the archaeological works are carried out. Emporion became quickly one of the main trade ports in the Mediterranean Sea. 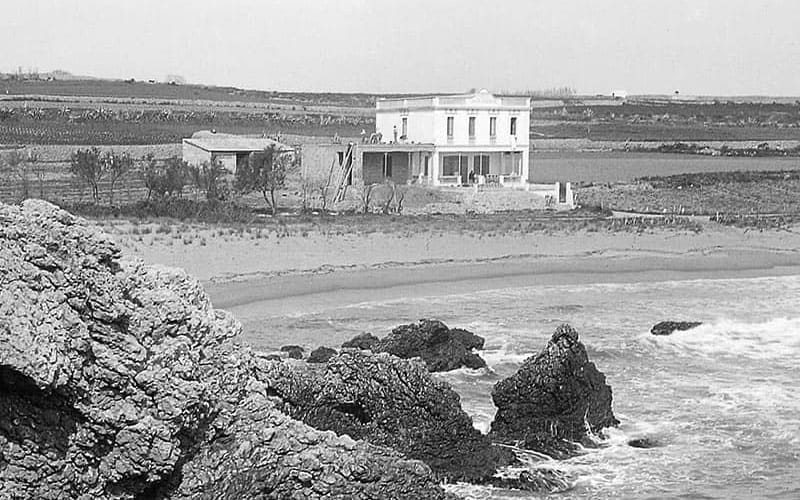 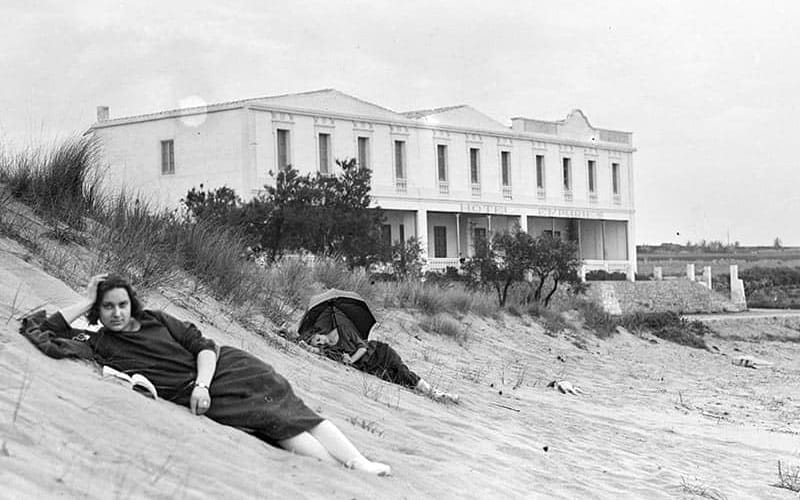 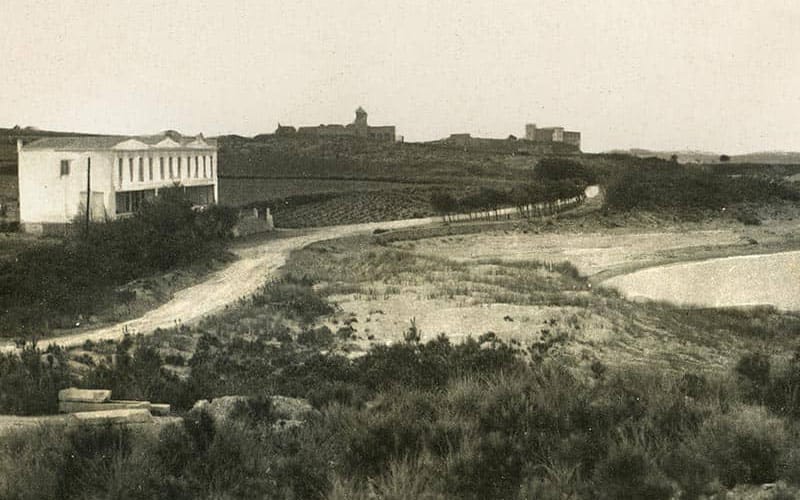 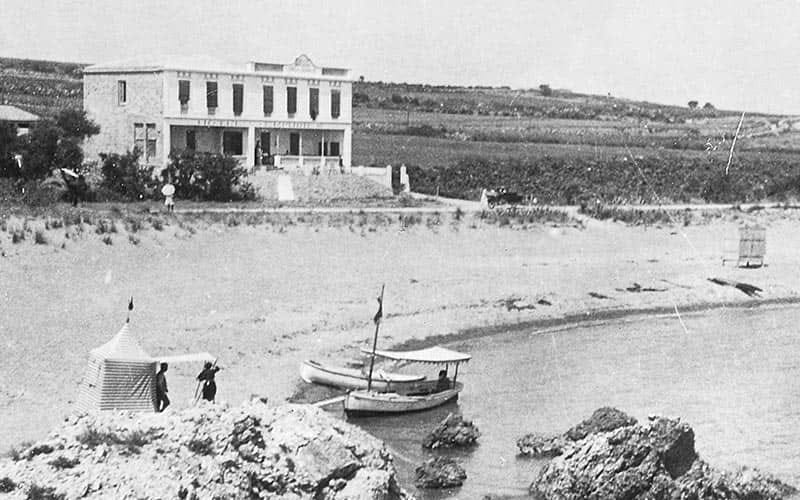 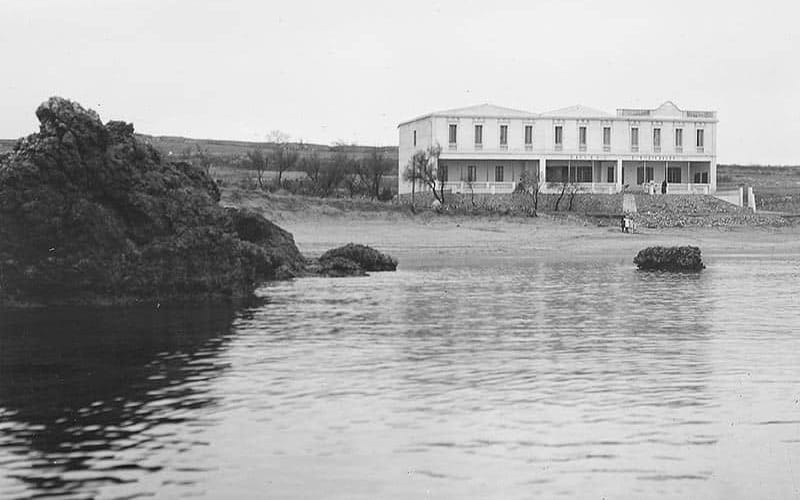 During the Second Punic War (3rd century BC), Emporion became a part of the Roman Empire, so it was renamed to Emporiae by the Romans. It was the beginning of the romanisation of Iberian Peninsula. An amphitheatre and a gym were built to entertain the inhabitants of the city, and some shops and taverns surrounding the forum were built as well to serve the same purpose.

In the 3rd century AC Empúries lost its importance, so the city became abandoned. It was during the 17th century when L’Escala was becoming more and more important, and many Greek and Roman stones from Emporion/Emporiae served as building material.

In addition to the natural beauty of our environment, a complete tour through the walls, houses, temples, baths, the forum, the amphitheatre and the markets gives us an interesting experience of inestimable historical value.

Since its first building in 1907, the Hostal has evolved over the decades. During the last years our Hostal has benefited from improvement and expansion works, since they allowed Hostal Empúries to develop an all-year activity. We use the highest technology to provide our guests with the best comfort without detriment to sustainability.

The historical building has 34 charming rooms redecorated with taste for simplicity. These rooms bring our guests back to the legendary and touching spirit of the past. In front of the Spa garden there are 20 spacious and modern rooms built with sustainable materials.

Our hotel keeps alive the spirit of its beginnings with new warm and useful interiors. White, grey and brown tones combine well with the both sky and sea blue that comes in through the window. Our materials choice is based on values such as sustainability and solidarity.

In our rooms, floors, both shower and bath walls have been lined with old hydraulic mosaics. We want to preserve the spirit of an old beach hotel but with comfortable updated facilities by using old materials. 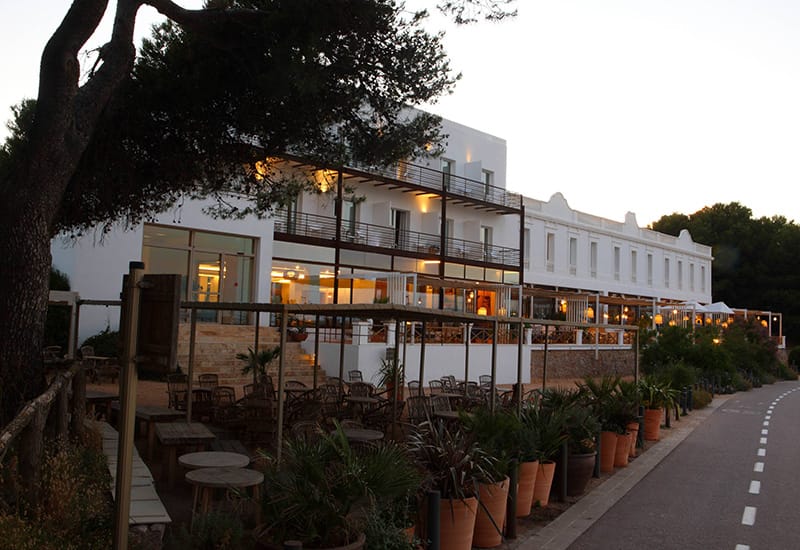 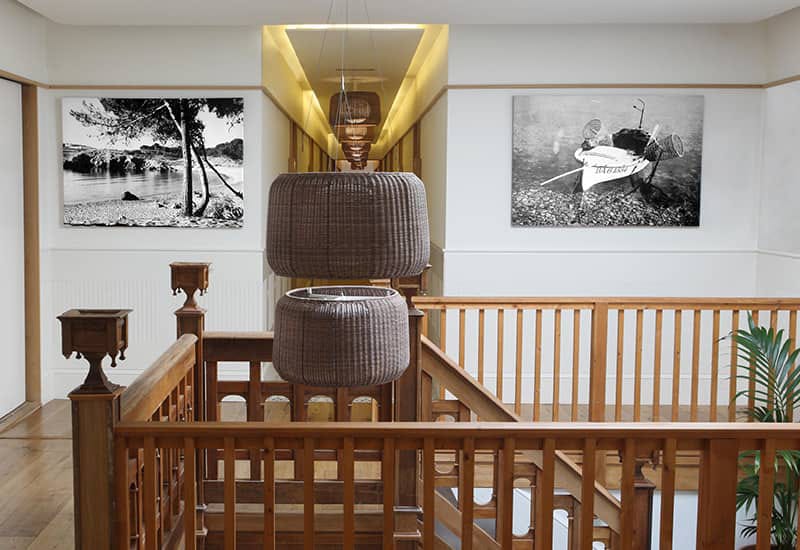 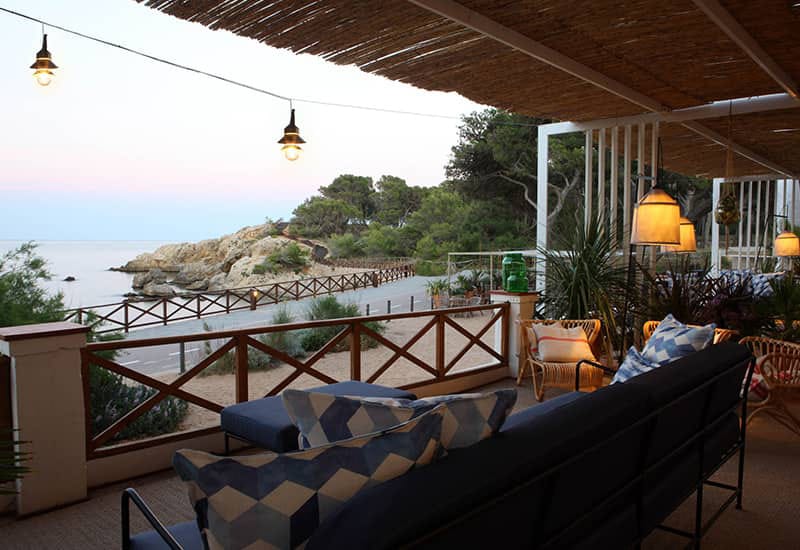 Open every days of the year